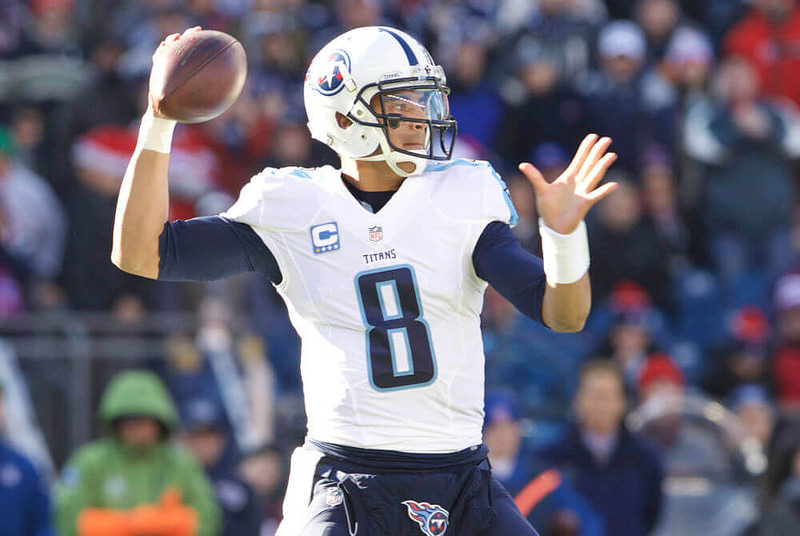 Mariota And The Titans Shine Bright Against Prescott And The Cowboys

The Tennessee Titans beat the Dallas Cowboys in an impressive manner on Monday Night Football. Dallas was physically and strategically dominated in their 28-14 loss. This was a game that both teams really needed to win. It seems like it’s time for the Cowboys to hit the panic button for their season.

Dak Prescott burst on to the scene two seasons ago and made Cowboys fans hopeful for the future. His poise and protection of the football stood out the most. However, his touchdown-interception numbers continue to decline. Prescott threw 23 TDs and four interceptions in 2016, 22 TDs and 13 INTs in 2017 and now has ten TDs and five interceptions this season. He also has four fumbles.

His two turnovers in Monday’s game were very costly. The Cowboys were on the verge of possibly going up 14-0 on just their second drive of the night. However, Prescott uncharacteristically tried to force the ball into the newly acquired wide receiver, Amari Cooper, who had just scored a touchdown on the previous drive.

There was still life for the Cowboys as the defense came up with a huge defensive stop late in the game. The Titans’ kicker Ryan Succop even missed a field goal, but Dallas couldn’t capitalize on offense.

The Titans were able to sack Prescott five times on Monday night. The line also struggled to protect their backfield as Ezekiel Elliott couldn’t get going. Elliott ran the ball for just 61 yards on 17 carries. They weren’t able to get any kind of push up the middle against Tennessee.

Marcus Mariota did not shy away from the bright lights on Monday night. He threw the ball for 240 yards on 21 of 29 pass attempts with two TDs. He also ran it in to seal the victory late in the game. This despite losing two fumbles during the course of the game. The Titans needed a solid game out of their quarterback, and he delivered.

Run To Control The Clock

Tennessee ran the ball successfully against a very good defense. It was running back by committee as three players ran for over 20 yards. The Titans had a total of 125 rushing yards with 2 TDs. This strategy helped them to control the time of possession as they had the ball for a total of 34:26 to just 25:34 for Dallas.

Dallas has huge questions to answer now at head coach and the quarterback position. Something is not quite right with Dak Prescott as he seems to look like a shell of his former rookie self. Head coach Jason Garrett continues to look outmatched on the sideline.

Are his days numbered? That remains to be seen as the team has to put Monday night’s loss behind them and focus on next week’s opponent. They travel to Philadelphia to take on the defending champs in a huge division matchup.

Tennessee will have to shift its focus to the New England Patriots, who are looking in prime Super Bowl form, as they host them in Nashville.