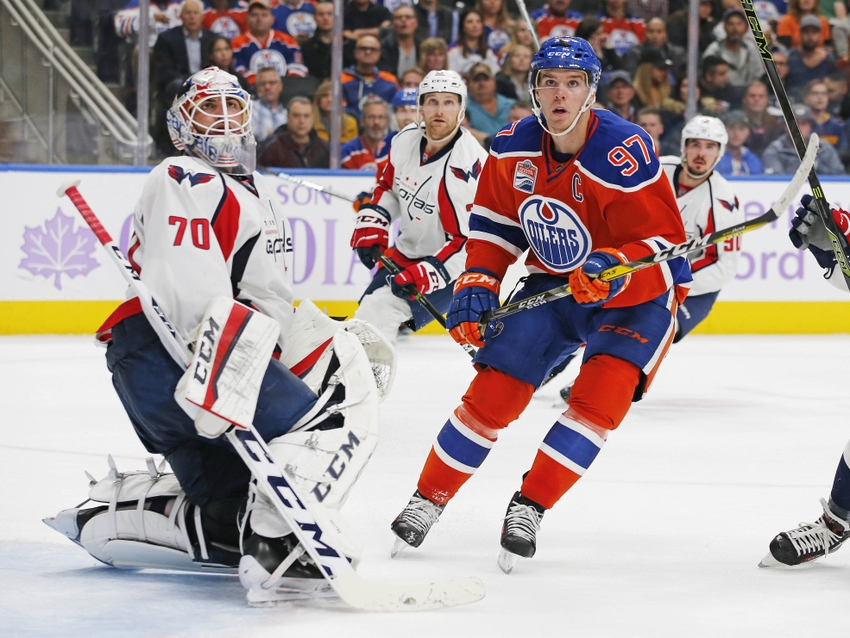 The Capitals lost 4-1 to Connor McDavid and the Edmonton Oilers, which only comes as a partial surprise. Coming into the game off a 5-2 victory in Vancouver, the Capitals should have had a little jump in their step. A good Western-conference win can do a lot to boost confidence, but in this case, it didn’t happen.

Playing games in a different time zone is going to be tougher than playing within a team’s own division. Even though they already had plenty of time to adjust, it can still affect the game. The Capitals are working just a little over .550 points percentage against the Oilers, winning 38 of 30 games. However, the wins record doesn’t favor the Caps while playing in Edmonton.

Fate was already against the Capitals, but it made a weird game feel weirder. Edmonton is a younger team overall and their speed showed. It wasn’t just McDavid. The Capitals as a whole couldn’t seem to outskate the Oilers, even though they weren’t slow. Bursts of speed from Jakub Vrána, Christian Djoos and even Alex Ovechkin weren’t enough.

Their best bet for the majority of the game was to dump the puck into the offensive zone and try to catch up. The Oilers’ aggressive backcheck was often enough to get the Caps to give up the puck. “I think we had trouble being dangerous in the middle; we couldn’t get anything going through the middle of the ice,” defenseman Matt Niskanen said. Shots on goal ended up being even for the two clubs by the end of the night, but the Capitals’ were hard fought.

Edmonton’s first goal was a power-play tally by rookie defenseman Evan Bouchard. It was a solid shot from the point that Holtby couldn’t find through traffic. The second goal made it clear the Caps were In trouble. A terrible turnover from John Carlson led to a short-handed goal by Ryan Nugent-Hopkins and the rest went downhill from there.

The Capitals were assessed two delay of game penalties during the third that were unlikely – and unlucky – calls. Neither the faceoff violation nor the icing the puck penalty led to an Oilers goal, but the Caps would have liked to remain at full strength.

André Burakovsky broke his early-season scoring drought with the Capitals’ lone goal of the game. His goal wasn’t the only quality scoring chance, either. He led the Caps with five shots on goal. Burakovsky is known for scoring in pairs, so it wasn’t a surprise that he got some good looks aside from his one goal.

Good setup can make for great execution. Nic Dowd crossed behind the net, just far enough to pull goaltender Cam Talbot out of position. He passed it back to Burakovsky who was stationed at the side of the relatively open net. A little tap and it was in.

At 4 p.m. Saturday afternoon, the Capitals will face the Calgary Flames at the Scotiabank Saddledome. This will be their final game in the Western Canada road trip and they hope to come away with at least another point.

While Tom Wilson has been suspended, head coach Todd Reirden has been substituting different players into his top-line spot to find what works. This time the shakeup includes Jakub Vrána being promoted, subsequently moving Burakovsky onto the left wing on the second line.

There was speculation regarding whether the Caps would be starting Holtby or backup goaltender Pheonix Copley, but it looks like Holtby is getting the nod. He spent extra time on the ice with the healthy scratches following practice while Copley made an early exit.