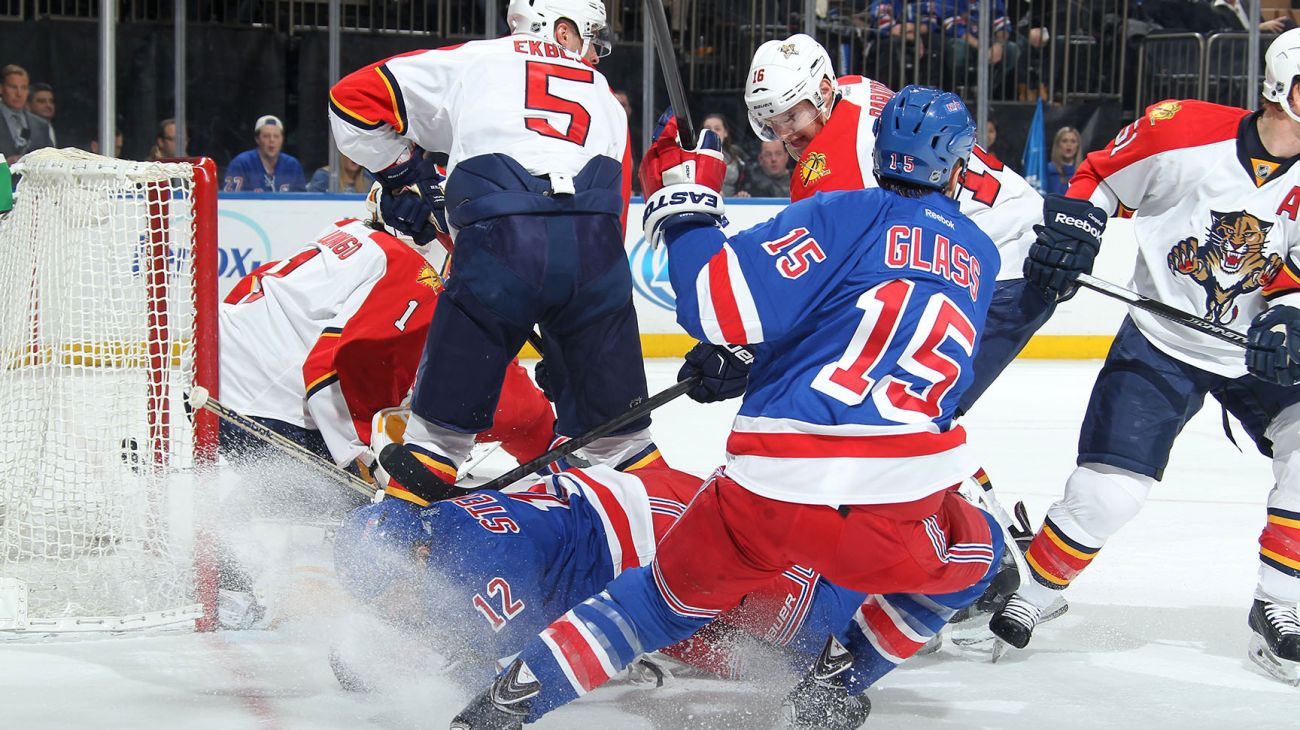 The Florida Panthers fly into the Big Apple to take on the New York Rangers. This will be their first of three meetups this season. Last season, the Panthers held the advantage going 2-0-1 against the Blueshirts. That’s five out of a possible six points.

Tale of the Tape

The Florida Panthers are coming off of a heartbreaking loss at home on Saturday against the Detroit Red Wings in overtime by a score of 4-3. This is the sixth straight one-goal contest they’ve been in and the fourth game they’ve played past regulation. As a result, the Panthers only have five points on the season.

On the bright side, the Panthers still have very talented forwards such as Evgenii Dadonov and Aleksander Barkov. Dadonov leads the team in points and Barkov is second on the team in goals. Do not let this record fool you, the Panthers are a very strong team stocked with talent.

However, they do need to figure out their goal tending problem. Although James Reimer has had success against the Rangers, he has struggled so far this season. Reimer currently holds a 4.26 goals against average and a .867 save percentage. Due to this, Michael Hutchinson will get the nod for this game.

Despite the fact that the Panthers have only won one game, they are currently on a three-game point streak.

The New York Rangers are coming off of a beatdown from the Calgary Flames by a score of 4-1. It seems like this team is tanking ever since dealing away certain pieces of their squad. With an extremely slow start for head coach David Quinn, the Rangers should hope this does not transition into the later stages of the season.

Much like their opponent, the Rangers still have deep talent in Mika Zibanejad and Chris Kreider, who is currently tied for the team leader with Mats Zuccarello in points with six.

After Henrik Lundqvist allowed four goals against Calgary, rookie goaltender Alexander Greorgiev will get the nod for this match up.

Mark Pysyk is currently day-to-day with an upper body injury. It is unknown if he will play in this game

Roberto Luongo is still out with an MCL sprain.

Derek Mackenzie is still out with an upper body injury.

Jaime McGinn is still recovering from back surgery.

Michael Haley is still out due to personal issues.

Matt Beleskey is out with a shoulder injury.

Boo Nieves is out with a concussion.

Fredrik Claesson is out with an upper body injury.

Projected lineup (according to NHL.com)

Photo Courtesy of The Ranger Zone