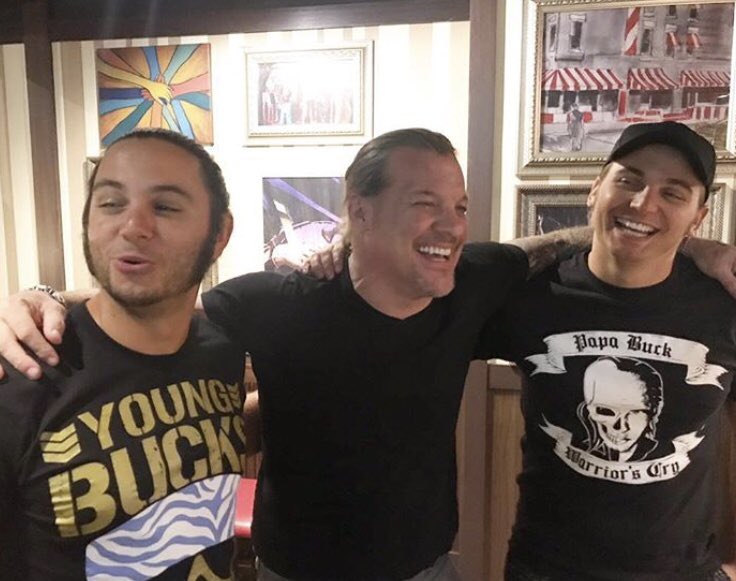 Chris Jericho Denies Rumors About Starting His Own Wrestling Promotion

Chris Jericho is a worldwide recognized icon in professional wrestling. Rumors began circulating that Jericho may be starting his own wrestling promotion. Jericho will supposedly create this promotion with the help of WWE Hall of Famer Jim Ross. The two are supposedly talking with AXS TV about securing a tv deal.

However, earlier today, Jericho shot down those rumors in a tweet he sent out.

According to the first ever WWE Undisputed Champion, he will NOT be starting his own promotion. These rumors were first discussed with several news sites. Where they got the idea, no one is really sure.

It seems Jericho is far too busy to start his own promotion. Between defending his IWGP Intercontinental Championship, and his upcoming cruise, he likely doesn’t have time for something like that.

Still, it should be noted that Jericho at times likes to play with the fans. In 2013, he promised he wouldn’t be appearing in the Royal Rumble. But, like many thought, he entered at number two.

As the Cruise of Jericho and NJPW’s Power Struggle approach, Jericho looks to have a full schedule for the rest of the year. But, like in recent years, Jericho may just be playing all of us.

Right now, it doesn’t look like the Wrestling Promotion of Jericho is a real thing. Maybe it will be in the future. Who knows, Jericho has proven himself in just about everything in professional wrestling, why not start a wrestling promotion?