Caps Recap: There’s No Such Thing As An Easy Win 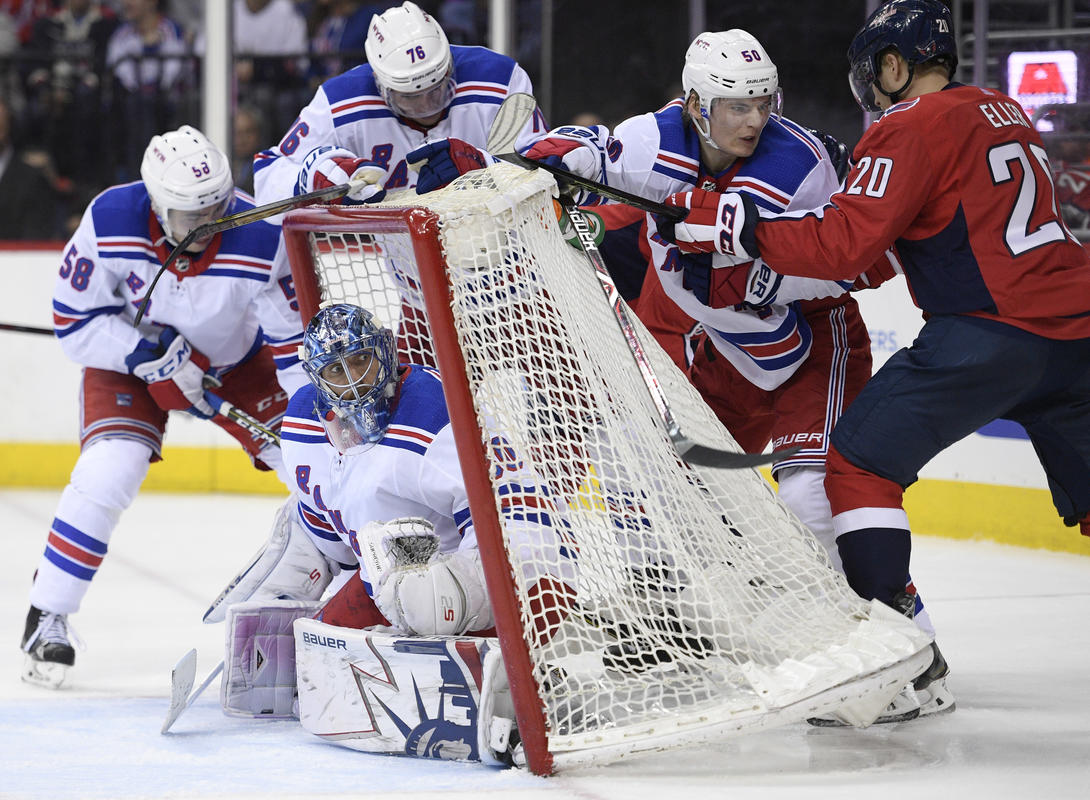 Caps Recap: There’s No Such Thing As An Easy Win

The Rangers may have opened scoring, but the Capitals closed it with a final of 4-3 in overtime. Scoring first is nice – it can get the team settled and boost their confidence – but it isn’t necessary to get the win. Mika Zibanejad scored first just a little over six minutes into the first period. Braden Holtby was able to stop the initial shot, but the rebound landed on Zibanejad’s stick and he elevated it over Holtby’s leg.

John Carlson scored the first Caps goal of the night following a clean faceoff win from Nicklas Backstrom. Brady Skjei screened Henrik Lundqvist and the shot rocketed to the top corner. But it wasn’t that late-period score that kept them fighting. It was young defenseman Christian Djoos who kept the puck out of the net when Holtby lost his balance and couldn’t reach the puck.

With his two power-play goals, Alex Ovechkin has six goals in six games to start the season. Those two tallies also mean Ovechkin has more goals against Lundqvist than any other goalie in the NHL. He now has 24 goals in 39 games against the long-time Rangers netminder Lundqvist’s frustration was almost palpable following the second goal of the night. It was nearly identical to the first, both on the power play.

“I should know with that guy he can shoot from anywhere. It didn’t look like he was going to shoot it,” Lundqvist said regarding Ovechkin’s first goal of the night. “I learned my lesson there. I’ve played so many times against him, I should know to be ready at all times.”

The problem other teams face with the Capitals top power-play unit is that every piece is just as lethal as Ovechkin. With Carlson coming into his offensive game last year, there isn’t a single player that can’t rifle it to the back of the net. So, yes, the defense left Ovechkin open when they shouldn’t have, but it was a “pick-your-poison” situation.

Ovechkin said, “Nobody knows who’s going to take a shot when we play like that. And it’s fun to play like that, to be honest with you.”

In the last game of their current homestand, the Capitals will take on the Florida Panthers Friday night at 7 p.m. The Panthers have yet to win a game this season, but that doesn’t mean the Capitals should consider this an automatic win. Roberto Luongo is still out with a sprain, but Michael Hutchinson has been holding his own in net.

If Holtby looks half as sharp as he did versus the Rangers, the Capitals will only have to worry about the defense. It has been hit-or-miss for them through the first six games of the season. If the defensive play from the game against the New Jersey Devils returns, the Capitals could be booed from their own arena.

Photo Courtesy of The Associated Press