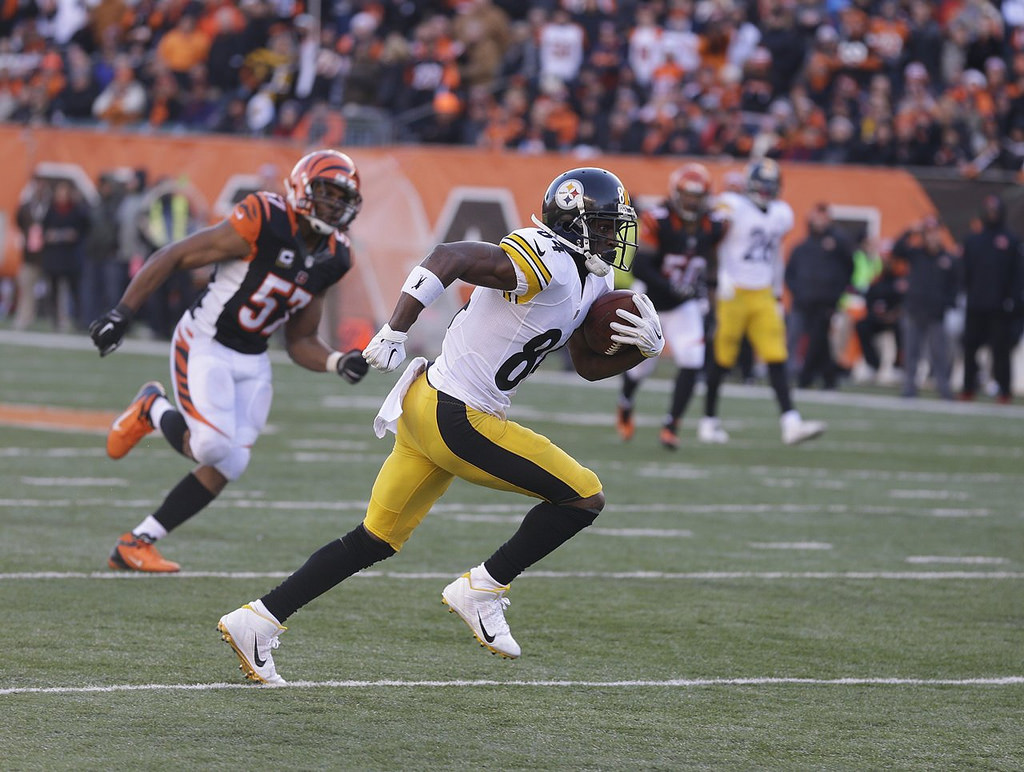 Every game between these two bitter rivals is a physical matchup with a thrilling ending. Here, we’ll dive into just how close this game was — ending in a last-second Steelers victory.

The Pittsburgh Steelers opened the game on offense, gaining 31 yards before ultimately punting to the Bengals. The Bengals and Steelers would trade three-and-out’s before the Bengals opened the scoring. Cincinnati’s second drive started from their own 46-yard line and ended with a 2-yard touchdown to wide receiver Tyler Boyd.

The Bengals added the extra point and took the first lead of the game with the score at 7-0. Pittsburgh responded quickly, though, taking their ensuing drive down to the Cincinnati 10 yard line before the first quarter came to an end.

The Steelers scored on the second play of the quarter, with James Conner punching in a 1-yard touchdown run. Chris Boswell hit the extra point and knotted the game at 7-7 early in the second quarter.

Running back James Conner was responsible for 42 of the 75 total yards on this scoring drive. The opposing offenses continued to struggle, with both trading three-and-outs before Pittsburgh found the end zone.

The Steelers’ fifth drive of the game was an eight-play, 75-yard touchdown drive, aided by a huge reception from wide receiver JuJu Smith-Schuster. After Smith-Schuster’s catch moved Pittsburgh to the 1-yard line, James Conner scored his second 1-yard touchdown to give the Steelers a 14-7 lead late in the first half.

Cincinnati took the ensuing kickoff 47 yards, with a Steelers penalty improving their starting field position. Beginning their drive at the Steelers’ 44 yard line, the Bengals carved the Steelers’ defense. Cincinnati gained 44 yards in under a minute, ending the drive on a 14-yard touchdown pass to Tyler Boyd. Boyd’s touchdown tied the game with 19 seconds left in the half.

Here is the easy TD by Boyd against Burns #Steelers pic.twitter.com/u8jj0cMlsg

Pittsburgh then kneeled to end the half, with the score tied 14-14.

Cincinnati opened the second half with a disappointing three-and-out, giving the ball back to Pittsburgh. The Steelers started at their own 12-yard line, but drove 88 yards downfield with James Conner to the Bengals’ 1-yard line.

After losing two yards on three plays from the Bengals 1-yard line, Pittsburgh settled for a field goal attempt. Chris Boswell, who has not missed a kick in Cincinnati, nailed the attempt to give Pittsburgh a 17-14 lead. This ended up being the only scoring drive of the quarter, with the Steelers and Bengals trading punts until the fourth quarter.

After Cincinnati stalled at the Steelers 45-yard line, they punted to give the Steelers starting field position from their own 12. The Steelers then gained 82 yards – aided by a 48-yard completion to Antonio Brown – to reach scoring position at the Bengals’ 14-yard line.

The Ben Roethlisberger-to-Antonio Brown “WiFi Connection” sure fired up in the 4th quarter, as the two seemed unstoppable when Pittsburgh needed a big play. This drive ended with Pittsburgh settling for another short field goal, increasing their lead to 20-14 with 3:32 remaining. The Bengals would not go down quietly, however, as Andy Dalton orchestrated a 75-yard scoring drive. Joe Mixon found the end zone this time, rushing 4 yards to give Cincinnati a 21-20 lead with 1:18 left in the game.

With little time left, Pittsburgh started their final drive from their own 23-yard line. They needed to reach the Bengals’ 33, at least, to attempt a game-winning field goal. The Steelers managed to reach their own 46-yard line, with the ensuing 23-yard pass putting them in field goal range. After a timeout, the Steelers drew up a play to give Boswell a closer shot. Stunningly, however, this play actually ended up winning the game for Pittsburgh.

With fifteen seconds left, Roethlisberger found Antonio Brown on a quick screen — setting up Brown for an explosive 31-yard sprint past the Bengals defense for the touchdown. The Steelers made the following two-point conversion attempt, going up 28-21 with ten seconds left in the game. The Bengals got the ball back and quickly gained 13 yards on a quick out, but an incomplete pass wound down the final seconds. After four thrilling quarters of this AFC North rivalry matchup, Pittsburgh ultimately finished on top at 28-21. As Antonio Brown has been saying, the “WiFi connection” between him and Roethlisberger worked well — giving the Steelers an improbable win on the road.

Quarterback Ben Roethlisberger also had a solid outing, throwing for 369 yards and a touchdown to reach 20 fantasy points. Vance McDonald had a respectable game as well, gaining 68 yards on seven catches for 6.8 fantasy points.

The big fantasy winner for the Bengals today was wide receiver Tyler Boyd. Boyd posted 62 yards and two touchdowns on seven receptions for a total of 18.2 fantasy points. Running back Joe Mixon also had a productive game, managing 84 total yards and a touchdown for 14.4 fantasy points.

This game was huge for Pittsburgh in terms of division standings. With this win, the Steelers now sit on a 3-2-1 record and one game behind the Bengals for first place in the AFC North. The Steelers offense has seemingly found its rhythm, managing back-to-back games with 350+ yards of total offense. Antonio Brown and Ben Roethlisberger also appear to be back on the same page, as Sunday’s win marked the second consecutive game with 100+ yards and at least one touchdown between the two.

James Conner has continued to impress, pulling off back-to-back 100+ yard performances while scoring four touchdowns in the last two games. Pittsburgh has a Week 7 bye, but look to remain in the news as the Le’Veon Bell situation drags on. To get the latest news surrounding the Le’Veon Bell holdout, stick around for continued coverage on TSJ101 Sports!

This is undoubtedly a very disappointing loss for the Bengals. They seemingly had the game won, looking set to maintain their AFC North dominance with 1:18 left on the clock. Cincinnati also continued their losing streak against Pittsburgh, with the Steelers winning the last seven games between the two. The Bengals showed some encouraging signs, but still managed just 275 yards to Pittsburgh’s 481 on the day. They also failed to get any pressure on Ben Roethlisberger, recording zero sacks for the first time this season.

Cincinnati emerge from Week 6 with a 4-2 record and remain atop the AFC North standings. With Sunday’s loss, however, the Bengals blew arguably their best chance to lock up first place in the division. Unfortunately for Cincinnati, their upcoming matchups look to be even more challenging. The Bengals travel to Kansas City next week to face Patrick Mahomes and the Chiefs on Sunday Night Football.

Why The AFC Is Still The Patriots’ Conference To Lose
NFL Week 6: San Francisco 49ers vs. Green Bay Packers Recap
%d bloggers like this: