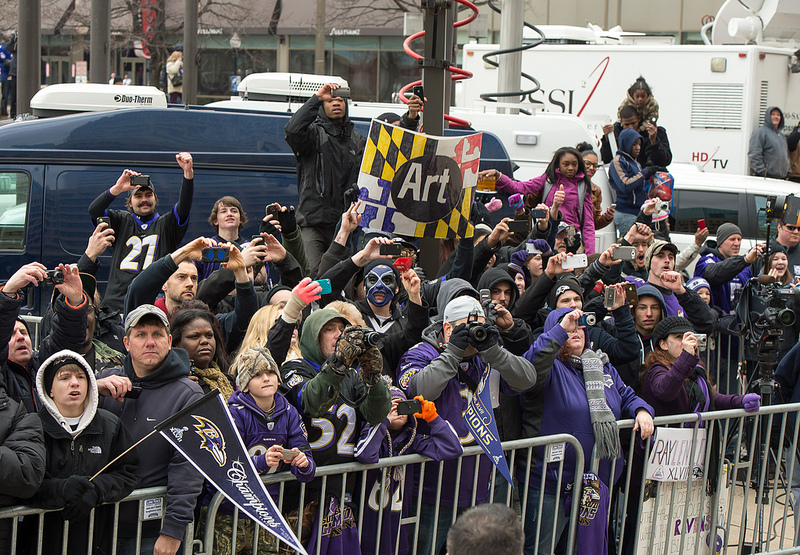 The Baltimore Ravens Take Down The Tennessee Titans In Nashville

Week 6 of the NFL season brought us an AFC matchup with major implications. With Cincinnati falling to 4-2, a Baltimore win would have them tied for first place in the AFC North. With Tennessee already tied for first in the division, a win would secure their spot atop the AFC South. This matchup was previewed by TSJ earlier in the week.

Will the Ravens get back on track with a win over the Titans this afternoon? pic.twitter.com/3VTa9hDyN1

Tennessee would receive the ball first in this high-stakes matchup. However, two consecutive sacks would lead to a quick three-and-out would give Baltimore the ball on their own six. Ravens wide receiver Michael Crabtree wasted little time returning to form after a run of bad drops. Crabtree caught three passes for 52 yards on the opening drive. The Ravens wideout would finish the drive with a four-yard touchdown.

An unnecessary roughness penalty by Tennessee Titans offensive tackle, Jack Conklin, would stymie the Titans second consecutive drive. Baltimore would respond with a 7-play, 52-yard scoring drive. Running back Alex Collins capped the drive off with a 13-yard touchdown run.

The remainder of the second half would be a sluggish one as Baltimore’s scoring drive was followed by three consecutive punts. Later, Baltimore would inch towards midfield on their fourth drive of the game.

However, an interception by Tennessee Titans safety Kevin Byard would end the drive and the first half. Notably, the Baltimore Ravens defense had six sacks in the first half.

Receiving the ball first in the second half, Baltimore would continue its domination of the Titans. In fact, the Ravens started the half with a 12-play, 78-yard touchdown drive. Flacco would go 4-5 for 60 yards on the drive as Collins finished the drive off for his second touchdown of the game.

The Ravens opening drive would proceed to be the only scoring drive of the half. Tennessee Titans quarterback Marcus Mariota would struggle throughout the game. Mariota only completed ten passes for 117 yards. Ironically the Ravens defense would sack Mariota 11 times.

No Tennessee skill player would net over 25 yards from scrimmage. A Baltimore team that was scolded for lack of balance offensively made it a priority to change that; Baltimore would rush the ball 35 times against Tennessee, compared to 37 passing attempts. Capping off a dominant performance, Baltimore would secure a 21-0 victory over Tennessee at Nissan Stadium.

The Ravens had more sacks in this win than the Titans had pass completions. 11 to 10.

Equally impressive was the sheer dominance of the Ravens D/ST, pitching a shutout, and ultimately netting 19 fantasy points.