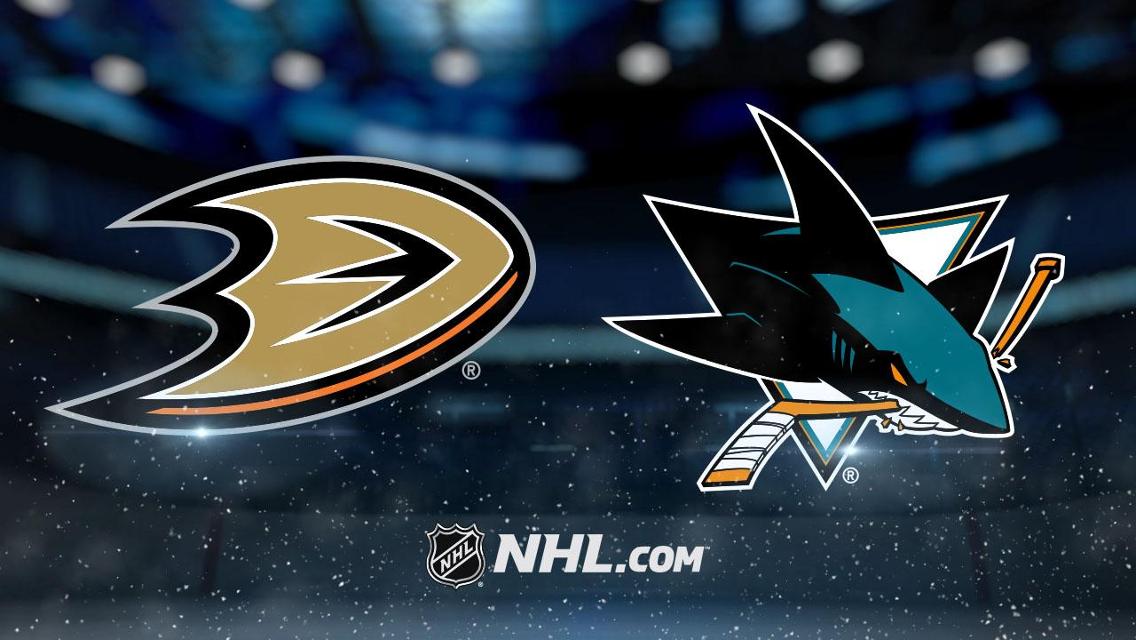 The Sharks dropped the first regular season game of the 2018-2019 to the Anaheim Ducks by a score of 5-2. Ducks’ rookie Max Comtois only needed 49 seconds to score his first NHL goal, sending a shot through the five-hole of Martin Jones. Both teams seemed to settle in after an Evander Kane goal at 7:51 of the first period, tying the game at 1-1.

Once the game was tied 1-1, the Sharks’ offense went to work. They had the Ducks on their heels for most of the 2nd period, getting pucks and people to the net, but Anaheim’s goalie, John Gibson, stood tall. The Sharks would commit a late penalty in the 2nd period, but that wouldn’t stop their offensive pressure. Sharks’ F Tomàs Hertl showed an outstanding individual effort, stealing the puck away in his own zone, carrying it through the neutral zone and then into the Ducks’ zone. He cut to the right side and looked for a pass, then put the puck between the legs of Anaheim defenseman Cam Fowler,  and went into the slot for a short-side snipe on John Gibson, giving the Sharks a 2-1 lead, and SAP Center some life.

Just 46 seconds later, the Ducks would score on their power play, again tying the game, this time at 2-2. Ducks F Rickard Rakell buried a beautiful feed from Jakub Silferberg and Ryan Getzlaf, ending the 2nd period.

Although leading in time of possession and SOG, the Sharks found themselves playing from behind after a weak backhand from Ducks player Brandon Montour found the net, up over Martin Jones’ blocker. A save that a goalie of any caliber should make, the Sharks needed something to spark another comeback goal.

After signing a massive extension this offseason, Ducks’ netminder John Gibson showed his worth on the first night of the regular season. Gibson was strong for the entire 60 minutes, as the Ducks needed him to be, guiding them to a win. Gibson stopped 31 of 33 shots by San Jose.

Sharks’ goaltender Martin Jones wouldn’t have as good of a night. His defense played considerably well in front of him, only allowing 15 shots to get to the net. Unfortunately, a weak effort on a Brandon Montour backhand would be enough to give Jones a loss. Jones stopped 11 of 15 shots by the Ducks.

Three Stars of the Game

Gibson was by far the Ducks’ best player in this contest, stopping 31 of 33 shots in rout to a win.

Rakell had a three-point night, a 1-2-3 line, with a power play goal to tie the game at 2-2. Also, he added a primary assist on Montour’s game-winning goal.

Hertl scored a beautiful goal in the second period to give his team a short 2-1 lead. Hertl led the Sharks offensive push for most of the night.

The Sharks will take on the Los Angeles Kings on Friday, an early season matchup for these long time rivals.

Photo Courtesy of the NHL

TSJ 31 in 31: Winnipeg Jets Ready to Fly in 2018-19
Tom Wilson Suspended Twenty Games for Sundqvist Hit
%d bloggers like this: