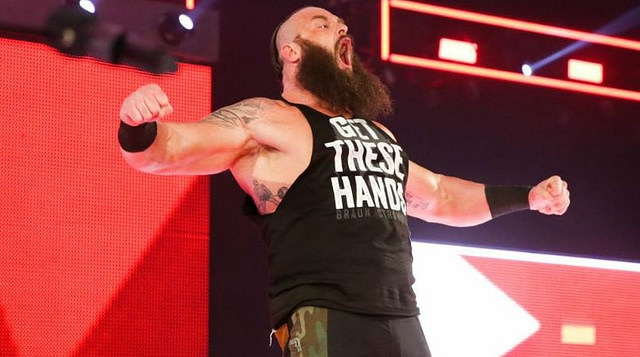 Braun Strowman, who was the black sheep of the Wyatt Family, got his first “heel” single run; ever since Bray Wyatt got drafted to Smackdown in 2016.

From Scary Heel to Gentle Monster but now what?

This past Monday on Monday Night Raw, we witnessed “The Monster Among Men” turn his back on his fans by joining forces with Dolph Ziggler and Drew McIntyre; dismantling The Shield in their tag team match. Strowman was triple power-bombed through the announce table last week by the hands of the Shield. Maybe it’s revenge from “The Monster Among Men”, or is he going back being a heel?

He truly was the unstoppable villainous monster that the only destruction follows wherever he goes. Strowman would easily beat up not two, not three but four Indy jobbers in a match. He beats John Cena’s replacement Roman Reigns in an ambulance match.

But then the heartless monster became a heroic Strongman, and even teaming up with a nine years old kid; capturing the tag team titles from The Bar at Wrestlemania 34. Then he won the first ever 50-man royal rumble match to become the greatest royal rumble champion. In June 2018, he becomes the Monster in the Bank winner.

He is possibly the most over babyface on RAW today, and the fans can’t wait for him to cash in the briefcase on the new Universal Champion Roman Reigns. And Vince Mcmahon knows Reigns cannot beat Strowman as a face. Because if he did, Reigns will be showered with “Boos” by WWE universe, and Roman Reigns will be the most hated superstar in WWE history.

WWE turns Strowman Heel, not the monstrous one we like to watch; more of a “Stone Cold joining forces with Mr. Mcmahon” kinda Heel.

Braun Strowman losing to Roman Reigns as a heel is best for WWE!

He will lose to Reigns or if WWE decides to let him win; it won’t be a clean victory. That way WWE protects their new company top babyface; who recently beat the unbeatable Beast Incarnate Brock Lesnar to become the 2nd time Universal Champion. That is how much Meekmahan cares about his pet project. Let’s just hope “The Monster Among Men” won’t end up Drew McIntyre’s tag team partner for the rest of the year.