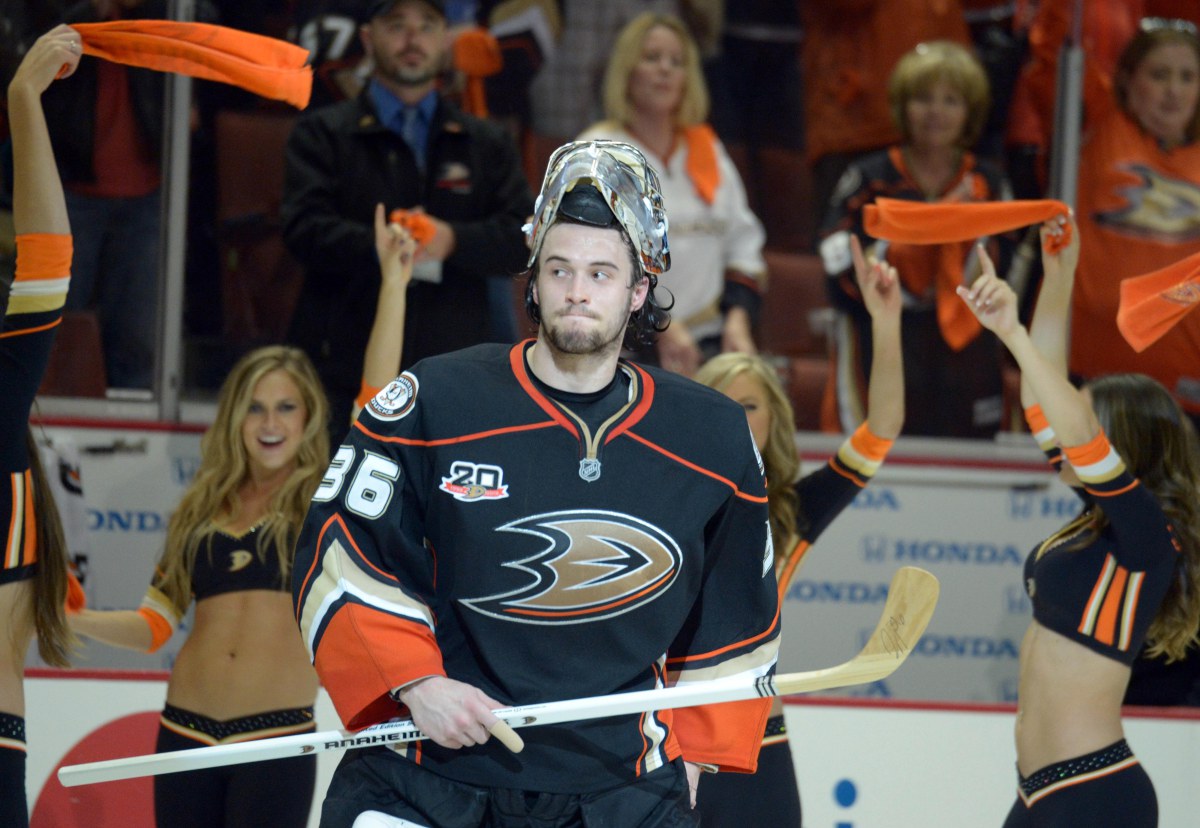 The Anaheim Ducks have re-signed John Gibson to an Eight-year extension. The contract is worth $51.2 million dollars. Goaltender John Gibson will receive $6.4 million per season. Gibson was set to become a restricted free agent next summer upon earning $2.3 million last season. With this eight-year extension, he is set to stay with the club through the 2026-27 season.

Gib him the net for 8️⃣ more years!

As Frederik Andersen’s back up he won the William M. Jennings trophy with Andersen for least goals against (192) in 2015-16. That same season, he recorded his first 30 win season and was the second youngest American born goaltender since Tom Barrasso with the Buffalo Sabres in 1985.

Gibson has played 26 playoff games in four post-season campaigns against the Ducks.

A Statement From Bob Murray

“I believe in John Gibson, as does everyone in the organization,” said Executive Vice President and General Manager Bob Murray.

“This is obviously a major commitment by the club, but one we feel strongly about. John is equally committed to being a Duck. He is only now entering the prime of his career, and we are all confident his best is yet to come.”

A Statement From John Gibson

I’m excited to be a part of this organization for the long term,” said Gibson.

“Staying with the Ducks was always my preference, and I couldn’t be happier. Living in the Orange County community with the great support of our fans, I can’t think of a better place to play. It’s great to be a part of the future of this team moving forward and hopefully bring a Stanley Cup back to Anaheim.”