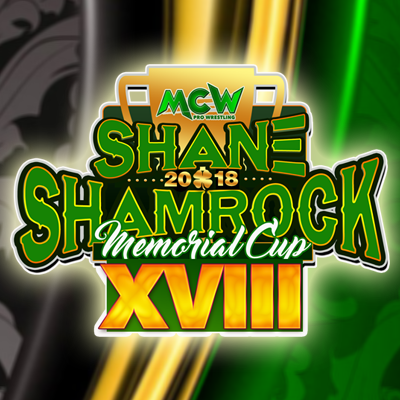 The night started off with qualifying matches from the tournament; with Anthony Henry gaining a win in what was reported as a hard-hitting match over MCW Tag Team Champion Joe Keys, who was accompanied by Amy Rose.

In the second qualifier of the night, two former MCW Pro Wrestling Rage TV champions squared off, as Brandon Scott faced Ken Dixon. Scott would go on to pin Dixon to advance into the tournament.

Brian Pillman Jr. would make his way to the ring; introducing himself and explaining that due to injury, he would not be competing that night. He was interrupted by Andy Vineberg and Ryan McBride, who would proceed to insult Pillman and his father. Greg Excellent, however, had other plans, as he came to the aid of Pillman; starting the first non-qualifier of the evening.

Greg Excellent would then go on to defend the MCW Pro Wrestling Rage TV championship; facing Ryan McBride in a singles match. It looked as if Excellent would retain, however, Vineberg caused a distraction; causing the referee to miss Vineberg spraying Excellent in the eyes with an aerosol can. This opened the door for McBride to catch Excellent in the back of the head with a knee brace behind the referee’s back. A pinfall later, and a new Rage TV champion was crowned.

Onward to the fourth tournament qualifier, as Drew Adler faced off against wrestling legend 2 Cold Scorpio. Adler had complete control for the majority of the match, but Scorpio managed to fight out of it; gaining the upper hand, and winning with a moonsault.

The following qualifier saw Rayo take on John Skyler. Rayo attempted to secure the pinfall with a super hurricanrana but was the move was reversed. Skyler hit Rayo with his Southern Salvation (Finley Roll off the turnbuckle) for the win, earning a spot in the tournament on night 2.

In the final qualifier of the evening, Kekoa Mana and James Drake had a fierce battle which ended in controversy, when Drake hit Kekoa with a superplex. Both men had their shoulders pinned to the mat, which led to both being counted for the pinfall. With both competitors having been counted for the pinfall, it led to a double-elimination from the Shane Shamrock Memorial Cup tournament.

MCW GM Phil Stamper came out, saying there was precedence and scheduled a rematch the very next night between both competitors for the final spot. But, he would be confronted by others who were eliminated from the tourney (Ken Dixon, Drew Adler, Joe Keys, Joe Gacy and Rayo), with each requesting a second chance at the tournament.

With the crowd solidly behind the idea of a second chance for each competitor, Stamper issued a last chance battle royale for the final spot. The final spot was claimed by a very determined Joe Keys, as he eliminated Joe Gacy for the victory.

Corporal Punishment then came down to the ring and said he wouldn’t be wrestling at the event; after Malcolm Moses and Bishop Khan broke two of his ribs. However, he did pick a new challenge for the MCW Pro Wrestling Heavyweight champion Bruiser.

That challenge was both members of The Cartel (Joe Keys and Dante Caballero).

With both members of The Cartel in the match, it looked like an uphill battle for Bruiser. But, that was not the case, as Bruiser would retain his title after a ref-stoppage; as Ref Becky stopped the match after Keys passed out in the Bruise-mission.

Night 2 of the Shane Shamrock Memorial Cup started off with the rematch between Kekoa Mana and Drew Adler. Adler tried to utilize his height advantage on Kekoa, pounding him from pillar to post. However, Kekoa would get the last laugh, using his speed and agility to best Adler for the win.

It was a battle of the powerhouses, as Army veteran and former University of Maryland football star Tehuti Miles faced off with Dirty Money. With an intense back and forth battle between the two, Miles secured the victory with a spinning back kick for the pin.

The Hell Cats (Sexy Steve and Jimmy Starz) faced off against the powerful team of Bishop Khan and Malcolm Moses. And, despite all of their underhanded tactics, The Hell Cats came up short against Khan and Moses.

In a #1 contender’s match for the MCW Women’s Title, Rosa Mendes defeated Robyn Reid. MCW Women’s Champion Brittany Blake would come down to the ring to confront Mendes. Mendes extended her hand in good sportsmanship, but Blake blew off the handshake.

Champions The Cartel (Dante Caballero and Joe Keys) were flanked by Diego Cruz and their bartender The Bull; they were set to take on Robby and Bobby, who were joined by Summer Rae.

After the bell rang, General Manager Phil Stamper changed the match; with a single fall to determine a decisive winner. With The Cartel having a history of using the numbers game to their advantage, GM Stamper introduced a special guest enforcer to the mix, WWE Hall of Famer Mark Henry.

The momentary distraction allowed Robby and Bobby to gain an upper hand, taking down Dante on their way to becoming the new MCW Tag Team champions.

Moments before the MCW Pro Wrestling Heavyweight Title match, ring announcer Danny Mays announced that MCW owner Dan McDevitt (Corporal Punishment) sanctioned the match as a “Joppa Street Fight”. This led to a brawl between champion Bruiser and Christian York that took over every area of the arena.

Corporal Punishment called Bruiser a “stooge”, then said he would give a student a chance to face the champ. He called out ring attendant Ryan to face Bruiser. Bruiser then asked the crowd who they wanted to see him face; Ryan or Dan McDevitt?

What Bruiser didn’t see was Dante Caballero, who snuck from under the ring and sprayed Bruiser in the eyes with the aerosol can. McDevitt then announced that Caballero was Bruiser’s true opponent, and the match was on. Bruiser gave it a good effort but came up short against Caballero; who hit the Rainmaker lariat on Bruiser for the pinfall. Caballero was crowned the NEW MCW Pro Wrestling Heavyweight Champion.

Ken Dixon and Drolix squared off next, and it was a technical contest for the ages. As they went hold for hold, it was Dixon who would gain the pinfall, after rolling up Drolix and holding a handful of tights for the win.

The match started with each man putting on a display of prowess; showing how far they would go to be named the winner of the Shane Shamrock Memorial Cup XVIII.

The eliminations are as follows:

To see the aftermath that happened after the Shane Shamrock Memorial Cup XVIII, check out https://www.facebook.com/MCWProWrestling/videos/10155300243292084/

Send us your wrestling show results at info@tsj101sports.com