Brock Lesnar Is A Crock But Vince McMahon Is The Villain 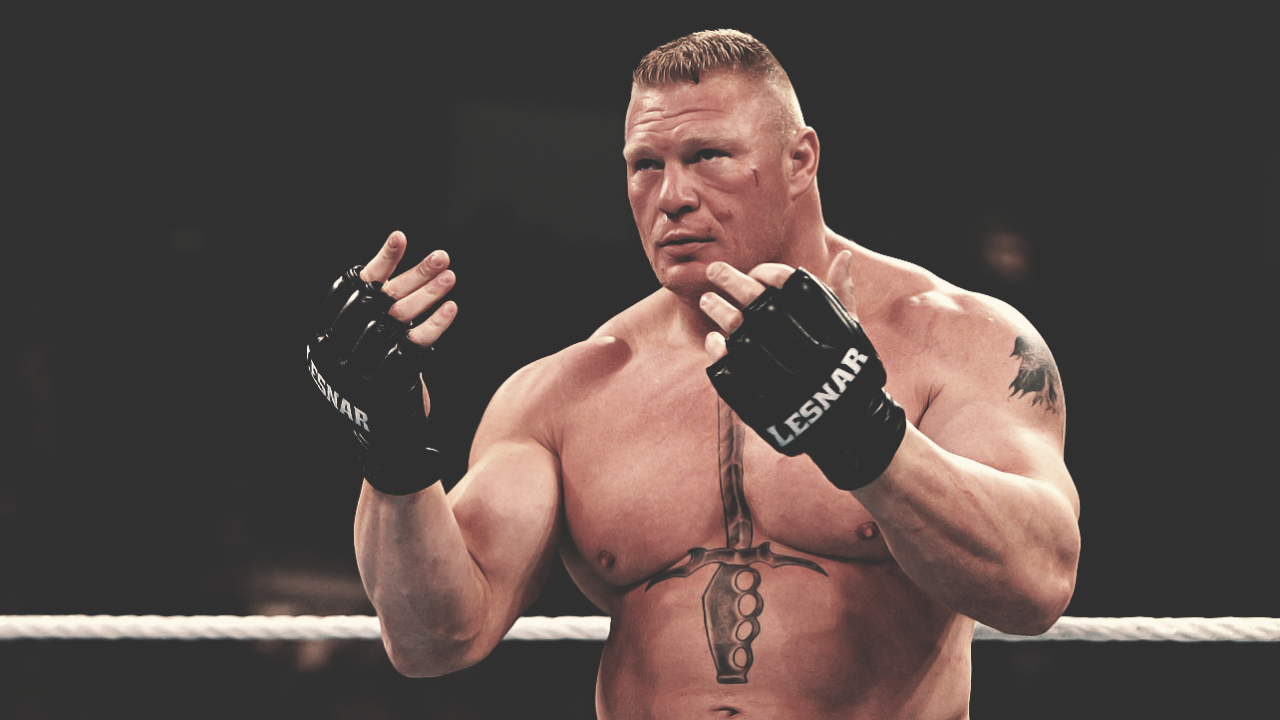 Brock Lesnar Is A Crock But Vince McMahon Is The Villain. Frustrations!

The WWE Universe has been incredibly frustrated with Vince McMahon and the booking of the WWE Universal Championship since its introduction. We have seen its inaugural champion relinquish the championship after only one day as champion. The next champion was crowned by having Triple H hand the title to the new champion on a silver platter.

We saw that champion get sacrificed to a part-time talent who was returning from 12 years of inactivity with no return match. The title would change hands again when Brock Lesnar would conquer his Goldberg WrestleMania demons. Again, this was with no return match. The title would be defended so sparingly that The Miz was left to carry RAW for the better part of nine months.

When Vince chose the heir to the throne and refused to listen to the fans, they booked Roman Reigns to dethrone Brock. Then, they changed course a few days ahead of WrestleMania. Next was the golden opportunity to right the wrong at the Greatest Royal Rumble. Of course, the WWE bungled that as well.

Now we have been sold on the concept of Roman winning the title at SummerSlam only to have news come out today that there is a good chance that Brock Lesnar will not be available based on Vince McMahon continuing to try to find a way to get Roman Reigns over as a babyface.

Who Gets the Blame?

Criticism has been blasted all over social media about disdain for Brock Lesnar and how he has no love for the industry. People constantly complain about his lack of appearances and title defenses. The comparisons to CM Punk’s lengthy championship reign are never ending.

What do wrestling fans really need to ask themselves though? That’s simple. Who is to blame for this situation and where is WWE going to take it next?

What I can’t express enough is that Brock Lesnar’s love for the business has absolutely nothing to do with the WWE Universal Championship picture. His lack of passion for professional wrestling is no different from many talents from the past who, like Lesnar, never had the burning desire to be a sports entertainer but collected a paycheck nonetheless.

Even other mega stars including Bill Goldberg vocalized not having a passion for the business. Brock doesn’t have to love the industry to show up for work. He doesn’t have to be the best wrestler in the world to be in the position he is in. Wrestling fans need to let go of their frustrations related to Brock’s lack of pro wrestling love.

The other topic that fans love to complain about would be the fact that the WWE Universal Champion never appears on RAW. He is not a fighting champion and he should be stripped of the title since he is unwilling to appear. When I hear these kinds of complaints I really have to question whether these fans understand how this industry really works.

Brock Lesnar cannot simply show up and be on camera whenever he wants. He has shown up for every match that he has been asked to participate in. He is an extremely loyal employee of WWE. His appearance percentage is as good or better than anyone on the brand as he has never missed time due to injury.

I know some still may not understand this so here is the explanation. Brock Lesnar and WWE negotiate contracts. When these negotiations are taking place, Brock’s agent expresses the schedule that Brock is willing to take on. WWE takes this information and factors that into their decision to sign a contract with Brock or not. Everyday talents sign contracts that may require 250 or more appearances per year.

If WWE wanted a full-time commitment from Brock, they would negotiate with him to make that happen. Simply put, Brock is not interested in that schedule. So, WWE has 2 options. They can sign him for fewer appearances, or let him walk.

People complain constantly that they would be happy to see him leave. If you went to work 5 days a week for 8 hours a day, and others complained that they wanted to eliminate your job because you didn’t want to come in on your off days would that be fair? Brock shows up when Vince wants him to show up.

Who should get the Blame?

This brings me to where our anger and frustration should truly lie. Vince McMahon deserves all the blame exclusively. Many who read this article hate going to work every day. So does Brock. You can’t dislike a guy for doing what you do too. What you can be mad about is when you go somewhere expecting them to have what you want and the manager chose not to order enough inventory to satisfy your demand.

This is what has happened with Brock Lesnar. If Vince McMahon agrees to sign Brock for 10 appearances a year, then Brock will show up for all 10. If 10 is not satisfying to you as the consumer then complain all you want but you have to convince the decision maker to add more inventory.

In addition, not having your top title on the RAW brand for several months makes the championship meaningless. The WWE Intercontinental Championship has become the benchmark for the RAW brand for over a year. It is the one championship that actually appears on a consistent basis. Vince McMahon choosing to allow his primary champion to be off television and most pay per views is rooted in what he perceives as “Best for Business” but it may be an indicator that Vince is completely out of touch with two key concepts.

The fact that fans are smart to the business and will intentionally reject Roman Reigns because he has been crammed down their throats and the fact that many will read various news outlets and know ahead of time what his long-term plan is and will refuse to go along with the plan no matter when it materializes because they feel as though he thinks he is smarter than they are about what they want to see.

What was the Plan?

It was reported shortly after WrestleMania that Brock had signed a per appearance contract with a limited number of appearances. It has been reported that Brock has only one appearance left on this contract. Vince wants to use this final appearance as a launching pad for Roman Reigns to become the face of the company. It really doesn’t matter that Roman Reigns is actually a very talented performer.

Wrestling fans have been so jaded by his character’s booking that they simply refuse to accept him as “the man”. The original plan to have Lesnar drop the title to Reigns at SummerSlam that was going to tell a story. It was going to expose Lesnar for not wanting to be in WWE any longer and Roman was going to be cheered because he was going to take the title from a disenfranchised Lesnar. That is reportedly off because they anticipate that fans are already aware of that plan and despite their disdain for Lesnar will continue to boo Reigns.

Vince is hoping to make Brock’s final appearance meaningful and a way to get Roman Reigns over. Now, by prolonging the Universal title reign that is a total bunch of nonsense, fans will become irate and side with Roman because they truly want anyone but Brock. The problem is that some fans have realized what is going on.

WWE could have given the title to Reigns at WrestleMania but Vince tried to outsmart the fans. But in a lot of ways, it has backfired. Knowing how many appearances Brock had left, Vince thought he could sell more pay-per-view buys with a rematch of the WrestleMania main event. He took it a step further when he allowed the agents to book a finish that left fans with even more of a bad taste in their mouths than before. Letting internet websites learn of the plan to give the championship to Roman at SummerSlam was the final straw.

Vince Needs to Get a Clue!

Vince McMahon made a ton of money playing the role of the villain during the “Attitude Era” opposite Stone Cold Steve Austin. Unfortunately, that era is long gone. This type of heat from the fans is not “Best for Business”. Fans are genuinely angry with the booking of Brock Lesnar, the forced push of Roman Reigns, and most importantly the complete disregard for the Universal Title. Vince has become a villain in a whole new way. It seems as though Vince has not evolved over the years. Now, he is completely out of touch with what the fans really want.

Despite soaring stock prices based on television deals, attendance is down for live events and weekly television tapings. New subscribers to the network have slowed and talents have grown frustrated with the creative direction of their characters. Many have moved on in their prime to seek out other opportunities including Cody Rhodes, Damien Sandow, Wade Barrett, and Ryback. Others are thought to be following in their shoes when their current deals expire.

Vince had better start following Triple H’s lead and start adapting to 2018 wrestling fans. Triple H seems to see the value in revolutionary booking (See NXT and 205 Live since January). Maybe Vince should stop thinking he knows what is “Best for Business”. Start learning from his understudy who has clearly surpassed him.