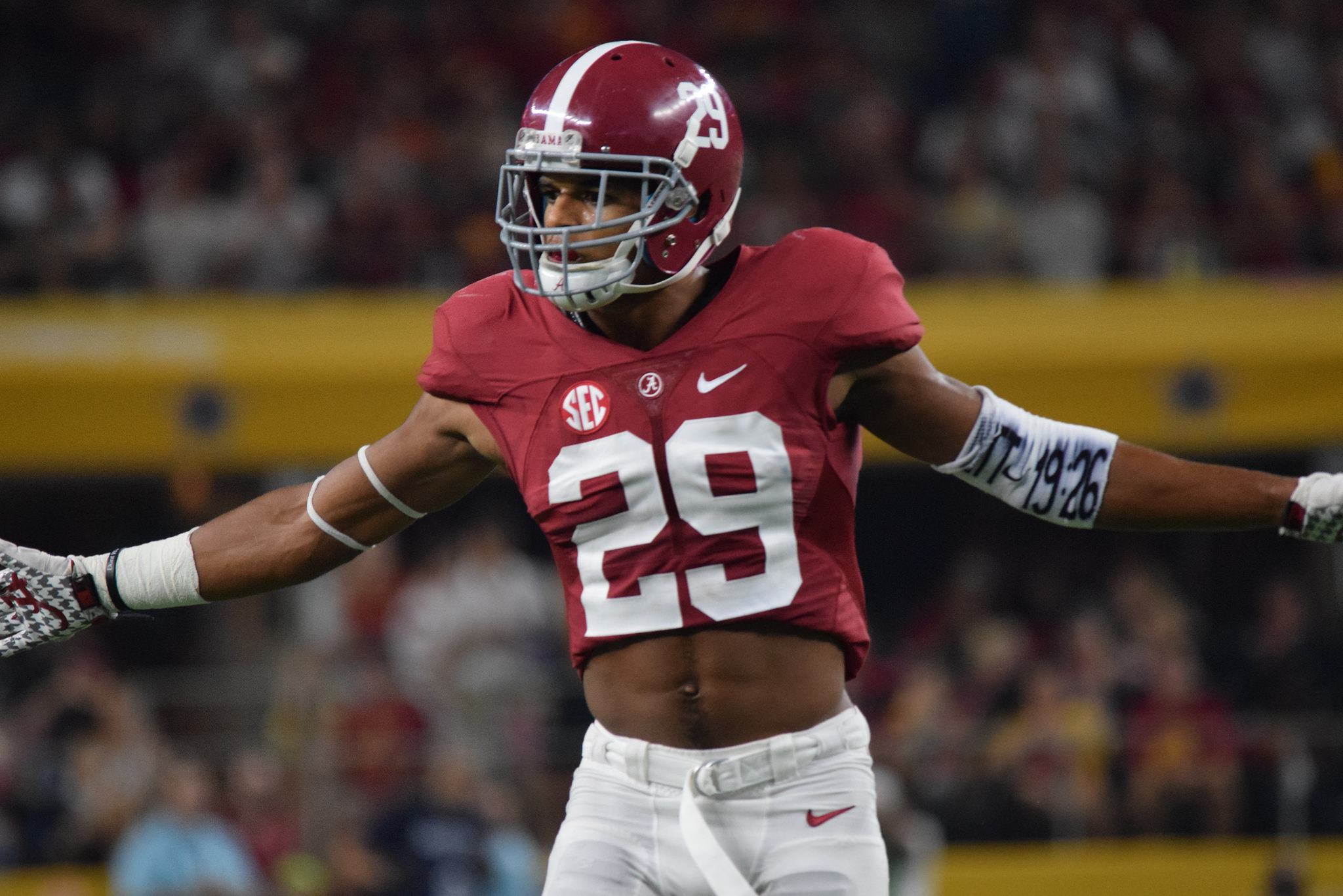 Alabama DB Minkah Fitzpatrick; a New Jersey native; was believed to be a top-five player by Crimson Tide head coach, Nick Saban. The defensive back was a key player in Saban’s defense. Also, he would step-in different roles such us safety, slot-corner, and linebacker.

Fitzpatrick is one of the 15 players from Alabama that will go in the first round. In addition, his appeal to teams is his versatility, athleticism, and intangibles. Also, in 2016 he was two-time All-American and a Jim Thorpe Award winner in 2017.

Lamar Jackson’s Road To The NFL Is Through Baltimore
UCLA QB Josh Rosen Selected 10th Overall By The Arizona Cardinals
%d bloggers like this: