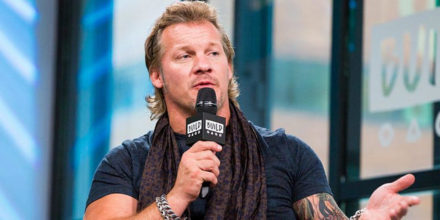 If you haven’t been living under a rock (enter Dwayne Johnson joke here), then you know that Chris Jericho has been setting up a HUGE wrestling event at sea. Chris Jericho’s “Rock ‘n Wrestling Rage at Sea” is set to sail from October 27th to 31st.

Ring of Honor announced recently that yet another one of their talents would be joining the who’s who of stars on the cruise, as Matt Taven was signed to take part in the event.

As earlier reported, Jericho reached out to the front offices of the WWE asking if they would allow NXT talent to perform on the three-day cruise. He was turned down by the company, no reasons were cited though.

If you liked the post on this page, you could donate to support a continuous effort from our creative writers. Your small donation will make a difference. You can learn more about this writer below:

I’m Gregory Black, editor of the Wrestling News Dept. here on TSJ101, and I am someone you can call a student of life. Always looking to learn, and even considering going back to school for what I love. Writing, reporting, and bringing the news to you.

I want to make this happen, would you like to help? Click the button below to “buy me a coffee”. I thank you, not only for reading the article but for choosing us for all your sports news.

Any donations made to support a writer go directly to the writer, NOT the site. All donations are exclusively meant to support the journey of this aspiring journalist.