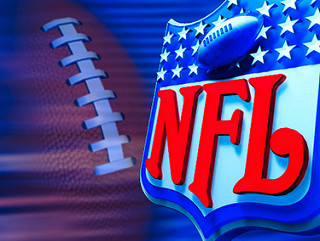 On Thursday, the NFL released the training camp dates and locations for all 32 teams. While some organizations have separate reporting dates for rookies and veterans, some choose to have all team members report on the same day. Typically, the first official practice is held the day after veterans report to camp.

The Baltimore Ravens will be holding their training camp at the Under Armour Performance Center in Owings Mills, Maryland. Rookies are to report to camp on July 19th followed by veterans on July 26th. Florida Blue Health & Wellness Practice Fields in Jacksonville will host the Jaguars‘ training camp. They too have their rookies heading in on July 19th with veterans the following week on July 26th.

On July 20th, Miami Dolphins rookies will report to camp at the Baptist Health Training Facility in Davie, Florida. Phins veterans will arrive on July 26th.

July 24th seems to be a popular day for NFL rookies to report for training. Four teams have chosen that date for the newbies — Indianapolis Colts, Kansas City Chiefs, New England Patriots, and Oakland Raiders. Colts veterans will report to camp on July 29th, Chiefs veterans on July 27th, Patriots veterans on July 26th, and Raiders veterans on July 28th. Indiana Farm Bureau Football Center in Indianapolis will play host to the Colts. Pats fans will find them in Foxboro training at Gillette Stadium. Missouri State Western University in St. Joseph, MO will be the site of camp for the Chiefs. Raiders players will be reporting to the Napa Valley Marriott in Napa, California.

While Houston and Cincinnati have both chosen to have their rookies report on July 25th, the Texans also decided to have their veterans report to camp the same day. The Greenbrier in White Sulphur Springs, WV will be hosting the Houston Texans. Cincinnati Bengals veterans will join the rookies at Paul Brown Stadium in Cincinnati on July 27th.

Buffalo Bills players, rookies and veterans alike, will report to St. John Fisher College in Rochester, New York for training camp. Pittsburgh also elected to have all players report to camp on the same day, July 27th. Saint Vincent College in Latrobe, Pennsylvania will be the site of the Steelers‘ training camp.

On July 28th, both the Tennessee Titans and the New York Jets will have their entire team report to camp. The Titans will be holding their training camp at Saint Thomas Sports Park in Nashville, TN while the Jets will be training at the Atlantic Health Jets Training Center in Florham Park, New Jersey.

Last, but not least, the Los Angeles Chargers will have their team reporting to camp on July 29th. The Jack Hammett Sports Complex in Costa Mesa, CA will be playing host to the Chargers.

The Chicago Bears will be holding their 2017 training camp at Olivet Nazarene University in Bourbonnais, Illinois. Rookies will be reporting to camp on July 19th and veterans on July 26th. New Orleans and Dallas have also selected July 19th as their rookie reporting date. Veteran members of the Saints will join the rookies at the New Orleans Saints Training Facility in Metairie, LA on July 26th. On July 22nd, veteran Cowboys will report to the Marriott Residence Inn in Oxnard, CA to join the rookie members.

Arizona Cardinals team members will report to camp on July 21st. Training camp will be held at the University of Phoenix Stadium in Glendale.

Philadelphia Eagles and Minnesota Vikings rookies will be reporting to their respective camps on July 23rd with the veterans arriving on July 26th. NovaCare Training Complex in Philadelphia will be hosting the Eagles. Minnesota State University, Mankato will host the Vikings.

On July 24th, Detroit Lions rookies will be reporting to the Detroit Lions Training Facility in Allen Park, Michigan to begin training. Veterans will be arriving on July 29th.

Carolina has chosen to have the entire Panthers team report to camp on July 25th. Wofford College in Spartanburg, SC will be the host for training camp. Tampa Bay rookies will be reporting to One Buccaneer Place in Tampa on July 25th for camp. Veteran Bucs will be arriving on July 27th.

All members of the Green Bay Packers team will be reporting to St. Norbert College in De Pere, WI on July 26th to begin training. Atlanta Falcons players will also report for training camp on July 26th. The Falcons will be holding camp at the Atlanta Falcons Training Facility in Flowery Branch, Georgia. Bon Secours Washington Redskins Training Center in Richmond, Virginia will be taken over by the Skins team and staff on July 26th as well. Rookies for the Los Angeles Rams will be reporting to the University of California, Irvine to begin training on July 26th followed by the veterans on July 28th.

On July 27th, the New York Giants and the San Francisco 49ers will have all team members report to training camp. Quest Diagnostics Training Center in East Rutherford, New Jersey will play host to the Giants. Members of the 49ers will be training at the SAP Performance Facility in Santa Clara, California.

Finally, the entire Seattle Seahawks team will report to the Virginia Mason Athletic Center in Renton, Washington on July 29th.

This article was originally written by former TSJ101SPORTS NFL Department Head and writer Chami Hughes. Due to systems modalities, the article has been assigned to the author tag designation “Former Writers”.